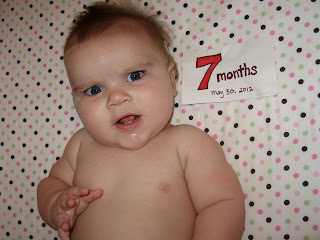 Joanna is so close to crawling it's scary - very scary. Her boyfriend Weston is already crawling and he's one week older than her. I warned him not to teach Joanna any new tricks. (He's the one that showed her how to roll.)

Her rolling has gotten her into enough trouble. She loves making blanket burritos (grabbing an end of the blanket then rolling herself into it). Most recently, she rolled herself up, grabbed a bottle of lotion that was on the floor near the couch, then started nomming on the pump. I guess baby proofing needs to happen sooner than we thought!

I'm slowly getting better at feeding her solids twice a day. My baby food making productivity has decreased. Since I'm not making peas, beans, or peaches, it's become way more convenient to just peel back aluminum foil and feed her from a plastic container. It's a huge relief that she eats (nearly) anything we give her. I think she has her daddy's palette - yay! 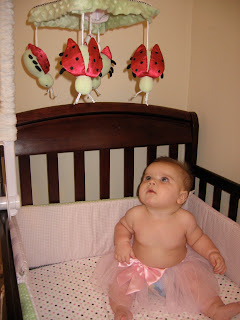 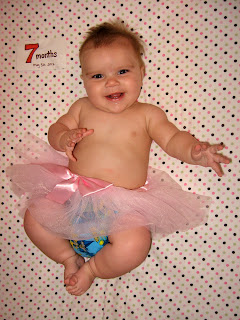 Joanna can sit up for about 30 seconds before leaning over too far and toppling. If we're around her, she can sit up (assisted) for an hour before she hates us. 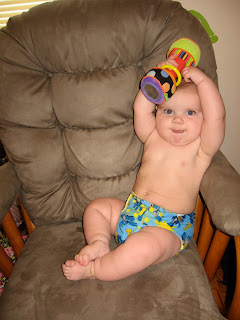 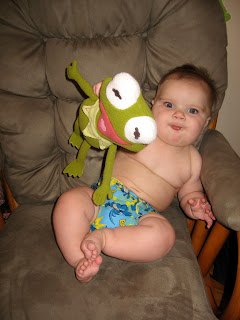 Not too long before Joanna's 7 month milestone - Daphne joined the world! Daphne is the daughter of two amazing parents - my brother Rich and his wife Lisa. I cannot even describe the joy I feel for them. They worked, waited, and now are enjoying their sweet princess. She was born at 34 weeks but already weighed 6 lbs 9 oz!