Today I told my boss - with tears in my eyes! He knew we'd been trying for a long time, and two of his daughters went through similar struggles. He was thrilled! I am blessed to have a boss that believes in families and isn't fearful of maternity leave. I also learned of ANOTHER pregnancy in our office! She is due a few weeks before me, so it'll be an interesting Fall. 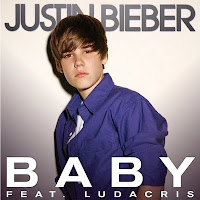 I was most looking forward to my small group tonight. I got to tell the women I love the most that I am pregnant! They have been walking with me through my monthly disappointments and they were thrilled with the news. Instead of baking cookies like my predecessor prego, I decided to break out into "Baby baby baby OOOOH" a la Justin Bieber. Betsy finally called me out and said "Why do you keep singing that song!" and I looked right at her and sang, "Baby baby baby ahhhlright, I'm pregnant pregnant pregnant ahhhlright"

They all expressed different forms of shock at my lyrical choice, similar to the look Jonathan had when he saw the words "pregnant" that didn't have a "not" before it. Hugs, tears, and "Praise God's!" filled the room! As we waited for Joyce to arrive, I avoided all of the crazy smells that invaded my nostrils.

Joyce came in, I promptly approached her and said "Joyce you missed it. Remember how I sang songs for everyone last year and didn't have one for myself? Well, I have one for myself this week and I need to sing it to you." "WAIT! Let me get my camera!" ha, Joyce went to grab her phone and was going to video tape me!! Betsy grabbed it so Joyce could be in the video and I began singing the first verse. The second round of Baby's and I motioned a giant belly and she started jumping up and down and screaming!!! It was the BEST reaction of the night and I am thankful we have it on video.

The coolest part is that Joyce bought the other prego a pregnancy planning calendar, but God prompted her to buy two instead of just one. And now she knew why! How cool is that?!

I love my small group so much. God is changing and rearranging so we can share the amazing relationships we have, so it was a night of mixed emotions as we reform to create two smaller groups to welcome new members. I of all people know that God knows what He's doing.
Email Post